I Went Fishing on My First Day at Umsaskis Lake 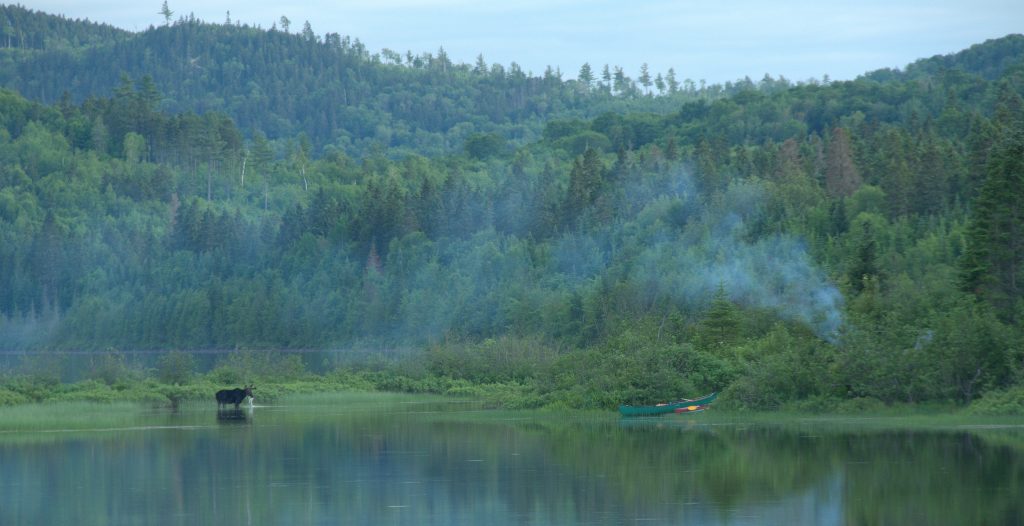 I can remember my first day at Umsaskis Lake back in May of 1977, like it was yesterday. I was so excited to be in a more remote section of the Allagash Wilderness Waterway (AWW). I had a new area to explore, new people to meet and potential new fishing hot spots to checkout.

When I arrived at the two-room rustic cabin nestled in a small clearing, a stone’s throw away from the shore of Umsaskis Lake I was delighted to find that someone had already been there and lit the gas refrigerator. I didn’t know it at the time, but waterway supervisor Myrle Scott had stopped and lit the fridge the day before I arrived. I learned later in my career, that lighting the refrigerator for someone coming into an unused camp was northwoods etiquette, kind of like leaving some kindling and a full wood box for the next person to arrive at the camp.

I proceeded to get settled into my new duty station for the next six months. After cleaning the mouse nest out of the dresser draw, I put my cloths away. While sweeping the floor, a mouse came out and looked me all over, as if to say, “hey what are you doing here?” I chased him off with the broom and set a couple mouse traps.

After getting moved in, I cooked supper and sat on the porch and took a break. It was early May, and everything was coming to life. The grass was starting to green-up and the alder leaves were about as big as a mouse’s ears. I thought to myself, this should be primetime to catch a fish!

I looked at a map and decided that the mouth of Drake Brook looked like a probable spot for fish to be congregating. I paddled over to the brook, threw out an anchor and proceeded to cast a rapala lure out into the deep water and reel it towards the mouth of the book. It didn’t take long before I had landed a nice togue and whitefish. I didn’t know it at the time, but catching a whitefish at Umsaskis Lake was a rarity, that was the only whitefish I would ever catch on that lake.

When I went back to camp that evening, I thought I had died and gone to heaven. I found many more good places to fish in my three seasons of work in the Umsaskis/Long Lake area of the AWW. One of my favorite spots was under the bridge in the thoroughfare between the two lakes. If I was the first person of the day, to drift a Hornberg fly next to the log abutment on the west side – it was almost a guaranty that a nice brookie would hit. What a place to fish!

One of my favorite duties while working this area of the waterway, was to travel to Round Pond (T13 R12) by canoe and motor, I would clean all the campsites on the pond, fix something on the to do list, make an evening patrol, stay overnight in the small one room cabin, and then head back to Umsaskis the next day. This 21-mile trip was always an adventure and a good opportunity to learn the channel in the river below Long Lake Dam.

Did I mention that I met the love of my life while working at Umsaskis? Ruth Scott was the daughter of the waterway supervisor and she spent most of the summer at waterway headquarters, about half a mile up the lake from my camp. I picked her up by canoe at the headquarters dock on our first date. We went fishing near Chisholm Brook, she out fished me that evening and she still does on occasion. It has been over 40 years since our first fishing outing together, there is still no one I would rather spend time with than her- I guess you could say, she was a keeper!

For ice out information, or general information on the Allagash Wilderness Waterway, go to: www.maine.gov/allagash for an information packet call 207-941-4014, or write to the Department of Agriculture Conservation and Forestry’s Bureau of Parks and Lands, 106 Hogan Road, Bangor, ME 04401.