New Report Will Help Tell Story of the Allagash 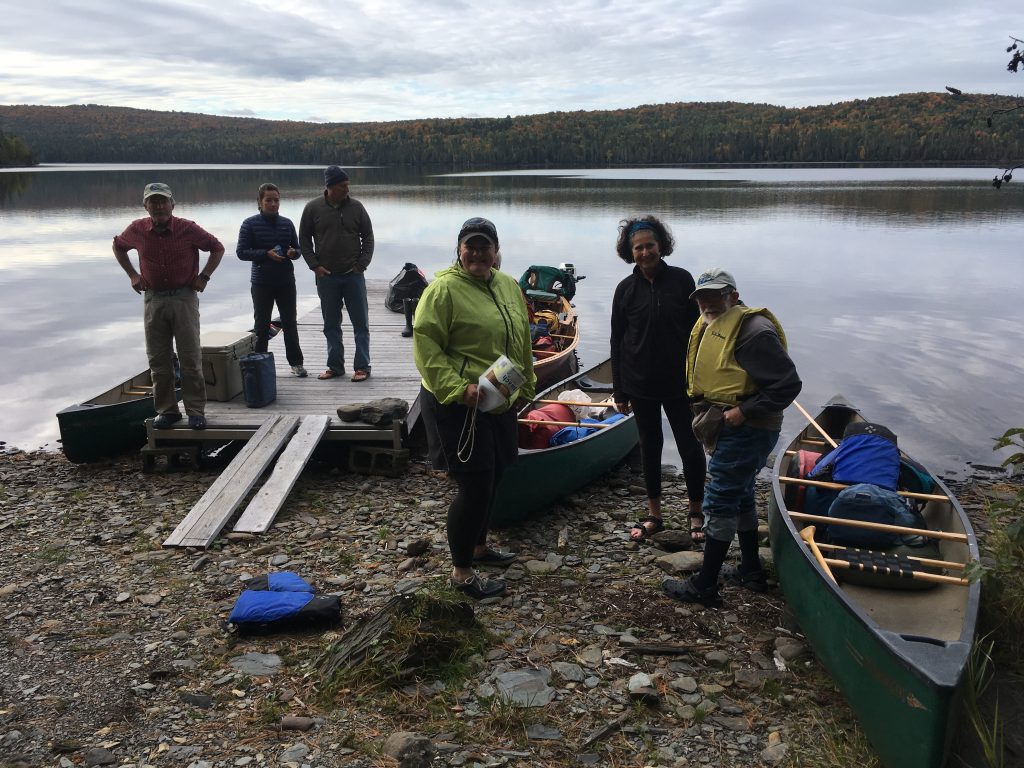 The Storied Lands and Waters report was recently released by the Allagash Wilderness Waterway Foundation (AWWF). The report includes a heritage & cultural resource assessment, interpretive plan and sample lesson plans for educators to use in teaching about the Allagash.

Storied Lands and Waters of the Allagash Wilderness Waterway, was produced over a two-year span as a collaborative effort between the foundation and the Maine Bureau of Parks and Lands. The principal author of the 300-page book is Bruce Jacobson, the former chief of planning and land resources at Acadia National Park.

The report is an important document that will be used by waterway managers to tell the story of the Allagash to its primary visitors — canoeists and fishermen. The report also provides eight sample lesson plans that can be used by Maine teachers and others for education and learning about the prominent features of the Waterway.

The book includes a heritage resource assessment, which inventories, assesses and proposes management actions for historic and cultural properties and objects within the Waterway.

There are 33 proposed actions in the executive summary. These recommendations are offered to the Bureau of Parks and Lands (BPL) for consideration. This is an exciting opportunity for BPL and the AWWF to work together on the implementation of agreed upon actions.

One recommended action that all the stakeholders agree is a great idea, is the development of the “Allagash Explorer”. This pocket guide would be available in printed and digital format that could be downloaded by visitors. The Allagash Explorer would build on the three interpretive themes and provide accurate information about the Waterway’s cultural resources.

The Waterway has some important cultural resources that could be highlighted in the Allagash Explorer. First and foremost is the Tramway Historic District, which is on the National Register of Historic Places. Other significant cultural resources include: Telos and Lock Dams, Chamberlain Farm, Churchill Depot, Long Lake Dam, Nugent’s and Jalbert’s Sporting Camps, Moir Farm and the fire towers on Allagash and Round Pond Mountains.

The report and recommended actions will be used by Waterway managers to guide the implementation of an interpretive plan for the Waterway. The interpretive plan will be developed in coordination with the primary mission of the Waterway, which is to – preserve, protect and develop the maximum wilderness character of the Allagash Wilderness Waterway (AWW).

The AWW flows for 92 miles, through one of the most remote section of forest in the eastern United States. It offers visitors an opportunity to escape from the hectic lies we live, get in touch with nature and provides an opportunity for solitude. In 1970, the AWW was designated as a Wild and Scenic River in National Wild and Scenic Rivers System.

The Allagash Wilderness Waterway is managed by the Department of Agriculture, Conservation and Forestry’s Bureau of Parks and Lands.

For an information packet or general information on the Allagash Wilderness Waterway, go to: www.maine.gov/allagash or call 207-941-4014; email kim.smith@maine.gov or write to the Bureau of Parks and Public Lands, 106 Hogan Road, Bangor, ME 04401.

Waterway Notes:The AWW will be replacing the outlet structure at Lock Dam in late summer/early fall. The water will be drawn down earlier than normal in Chamberlain and Telos Lakes to accommodate this project. The campsites at Lock Dam will be closed and canoeists will have to portage the 2000 feet from Chamberlain to Eagle Lake during the construction period.

Landvest will be rebuilding the bridge on the American Reality Road, where it crosses the waterway at Umsaskis, during August and September. During this time, the bridge will be closed. Access to the ranger station and canoe launch will be via Churchill Dam or Clayton Lake during construction period.