On the Allagash, Deer Hunters Have Special Considerations 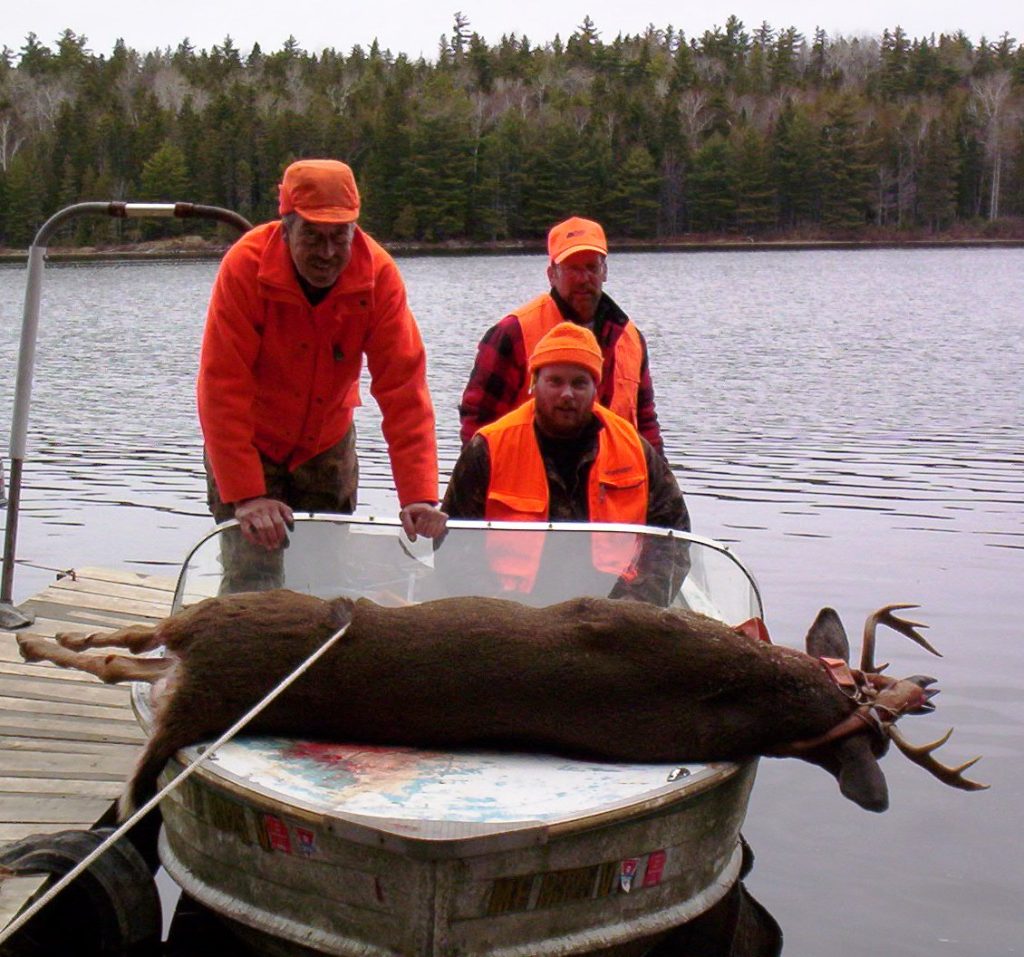 We all know people who just seem to know where to go at just the right time to see deer. They have that uncanny ability to bag a nice buck almost every year. These people have good hunter instincts — what I call “the sixth sense.”

I don’t pretend to be one of those people, but I know some hunters who are. They seem to be in the right place at the right time and when they get their opportunity, they don’t blow it!

I must admit, when I was younger, I had better luck than I have had in recent years. I covered more ground back in those days and there were more deer in the northwoods than there are today, but I’d like to think I’m a little smarter than I was back then.

A few years ago, I was hunting in the Allagash after a six-inch snowfall. One of those days when the conditions were just right for stalking. I found a nice-size deer track crossing the road and decided to follow it. I tracked this deer for at least a mile, it never veered left or right, just traveled in a straight line into what little wind we had. Along the way, he rubbed his antlers on a few cedar trees that were 8”-10” in diameter, so I knew he was a nice deer.

Suddenly, the deer track started meandering around, weaving through some small fir trees. I should have realized that the deer was looking for a place to bed down, but I didn’t. A few minutes later, I jumped an enormous buck, that I only got a glimpse of.

If I could replay those circumstances again, I would have done things differently. When the deer started to meander, I should have flanked the track, gone to a good vantage point and watched for movement. Maybe even grunted, in an attempt to get the buck to move.

The “sixth sense” is realizing that a deer is close. That involves using your senses and experience to your advantage, and taking action- or in some cases, just standing still for a few minutes.

We can’t expect to sit in an office day-in and day-out for most of the year, then take a week off to go deer hunting and be in touch with nature. It takes time in the woods. After a week of trouncing around through the woods, looking at deer sign and trying to figure out where the deer are, we become much more in tune with the natural world. There is no substitute for spending time afield!

Luck plays an important role in determining deer sightings, but reading sign and putting yourself in the right place at the right time is even more important than luck.

There is no substitute for hunting in an area with a good deer population. If you don’t see good deer sign- move on. Even in the Allagash region, where deer numbers are low, there are pockets of deer. You need to find these locations!

Don’t be afraid to alter your plans when you get that feeling that a deer is nearby, it probably is! Most of the time, that means slowing down or standing still for a few minutes.

In the big woods of Maine, bucks travel far and wide during the rut in search of does in estrus, making them difficult to pattern. This also makes them vulnerable because of this increase in movement. Almost every seasoned deer hunter has a story about how some nice buck did something stupid because he was more concerned about the doe he was with, than the hunter stalking him.

I wish you all the best of luck and most importantly a safe, enjoyable deer hunting season.

Waterway Notes: The Allagash Wilderness Waterway allows camping in the parking lots at Chamberlain Bridge and Umsaskis from October 1st until November 30ththese are great locations to setup a base camp for hunting in the North Maine Woods.

KEEP PADDLING AND BECOME A FRIEND