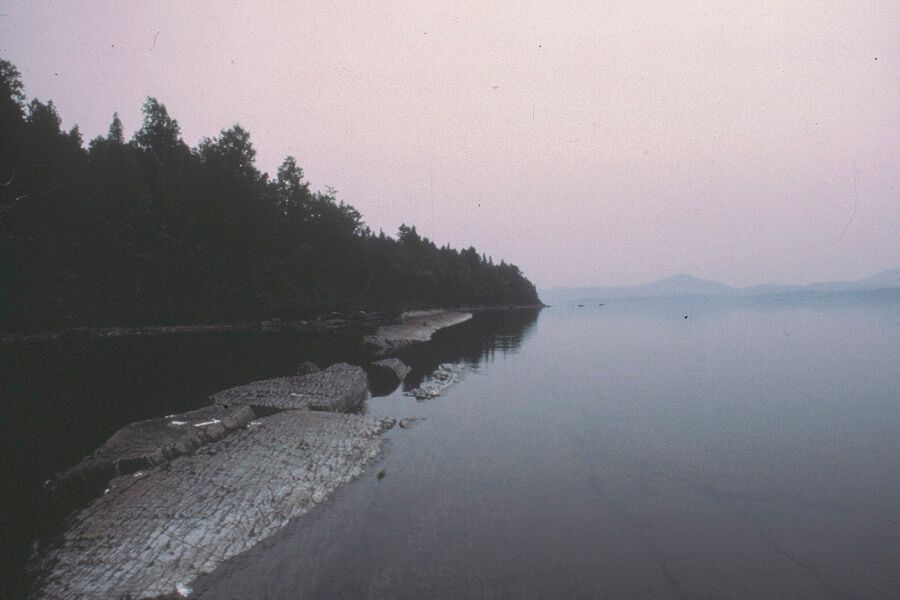 Most of my initial dealings with the Allagash Wilderness Waterway were work related. While I had read about and dreamed of a trip on the Allagash for years that didn’t really occur until after I went to work for the Department of Conservation as its Personnel Manager in 1984. It was then my job to learn what folks working for the Department really did. That included the special job classifications of Supervisor AWW and Allagash Ranger. My first visits to the

AWW were meeting with then-Supervisor Tim Caverly and some of his Rangers and being shown many of the natural and scenic wonders of the Waterway. That included canoeing into Allagash Lake where we watched a bear having a great time sliding down a ledge into the water and then doing it all over again.

Recreationally, my family, including wife and children, used to vacation at nearby Moose Point Sporting Camps each summer for four or five years. During our week there we would often take a day to go to Churchill Dam and run the Chase rapids. It was great fun and my kids are now hooked on the Allagash and have great memories of it.

Later as Director of the Bureau of Parks and Lands, I would attend the annual spring meeting of the Waterway staff, which would also entail some great after-hours fly fishing for the famous AWW wild brook trout. For me, fishing is a great way to really learn about the river and its environment.

One of the most fun adventures I had on the AWW was accompanying then-Governor Baldacci and his son Jack on a three-day trip that began at Umsaskis and ended at Michaud Farm. It was a great way to show off the beauty and character of the river to the State’s Chief Executive as well as introduce his son to paddling adventures.

On the management side of overseeing the AWW I was closely involved with working with the AWW Council as it began its work as well as overseeing the conduct and implementation of the revised AWW Strategic Plan. I was pleased with the amount of participation we had from both local citizens and interested groups. I believe that it will help make the plan a useful and reliable document on which to base decisions regarding the AWW.

During my seven-year tenure as Director of BP&L I would often tell my staff that people support what they use and that no State operation continues without support. I believe that we need to work diligently to get more people onto the River if even for relatively short trips. The AWW is such a gem for the State that it needs all the support we can muster.

About the Author
Will Harris worked for the Maine Department of Conservation for thirty years the last seven as Director of the Bureau of Parks and Lands. As Director he oversaw the management of the AWW along with Maine’s other 47 State Parks and Historic Sites. Will worked closely with the AWW Advisory Council in its formative years as well as overseeing the AWW Management Plan update in 2012. He was responsible for creating and implementing the State’s “Take It Outside” program to reconnect kids and their families with the natural environment in Maine State Parks and its public lands. Will has canoed, camped and fished on the AWW and surrounding northern Maine lakes and ponds since the 1980’s and holds theses lands and waters dear to his heart. He retired from State service in 2014.